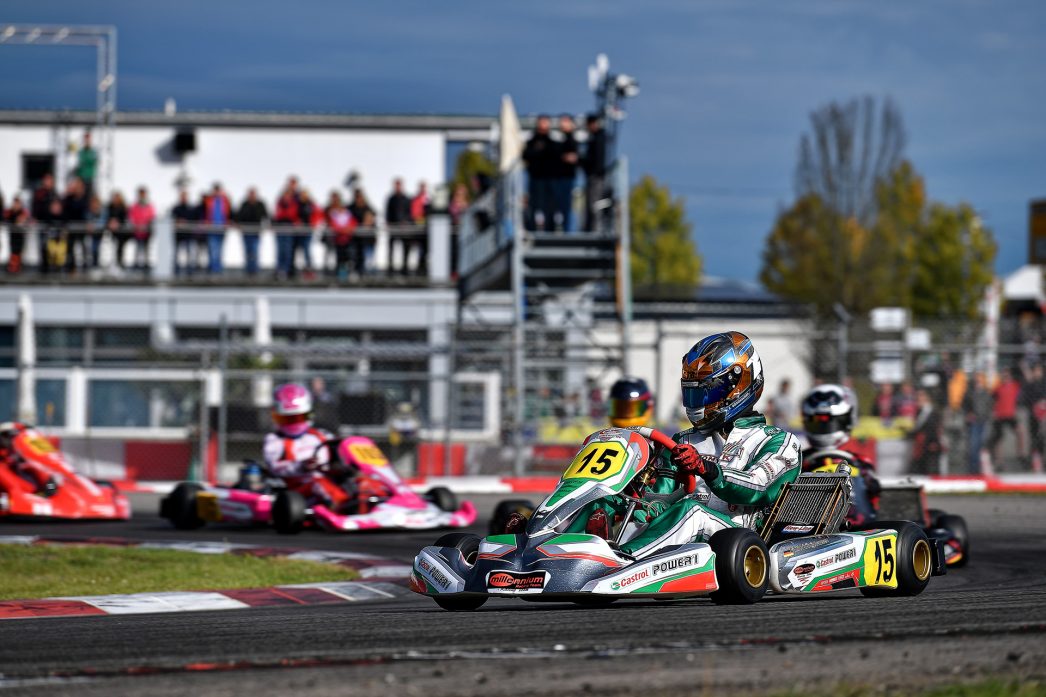 After his triumph in the final of the Rok Cup Germany, Colin Jamie Bönighausen went back to Wackersdorf from September 28th to 29th, this time for the fifth and final round of the ADAC Kart Masters 2019. On the 1,222m long track in the ProKart Raceland in Bavaria, the young Hanoverian driver feels very comfortable and already had some success here. This time, however, the search for the perfect setting of the new, old kart plagued him. CJB switched from the KR chassis back to the Tony Kart package with Vortex engine only a few days ago. Still, the 14-year-old did well.

Already in the free practice on Saturday morning Bönighausen convinced with good lap times and achieved a good sixth place. The 14-year-old was able to confirm the positive impression in the qualifying in alternating weather conditions and a slightly drying ideal line in 7th place of a total of 30 drivers.

The position of the qualifying corresponds to the starting position for the upcoming heats on Saturday afternoon and so Bönighausen went from fourth row into his two heats. In the first heat he got off to a good start and was always able to keep up with the close leadership group. In a run marked by many positional struggles, he kept the overview with place 11just past a Top10 finish.

Accordingly motivated, the OK-Rookie went into the second heat, but a starting accident right in front of his kart pulled him off the track and carried him out through no fault of his own. Due to this unfortunate exit, he lost a lot of ground in the fight for a good positioning for the final’s grid on Sunday morning. Only 19th place and thus tenth starting row were the ungrateful consequence of the DNF in the second heat.

Difficult conditions for a successful final race, but all the more he knelt down in this race and was able to gradually improve his position. Due to the strong occupation of the field, however, it was not that easy to make positions in the race, but in the end, he fought his way to a decent 14th place, while in the second final on P18 he saw the checkered flag.

Bönighausen summed up: “Of course I am not satisfied with this weekend. We also showed in qualifying that there would have been more to take. Unfortunately, we couldn’t get on the track after the elimination.”

Nevertheless, Bönighausen can still be satisfied with his first OK senior season, because with the collected points he finally reached the eighth place in the championship standings.

The Rok Cup Germany Champion 2019 travels to Ampfing next week for the final and decisive round of the International German Kart Championship, after that the big Rok Cup Superfinal in the Italian Lonato will be next.