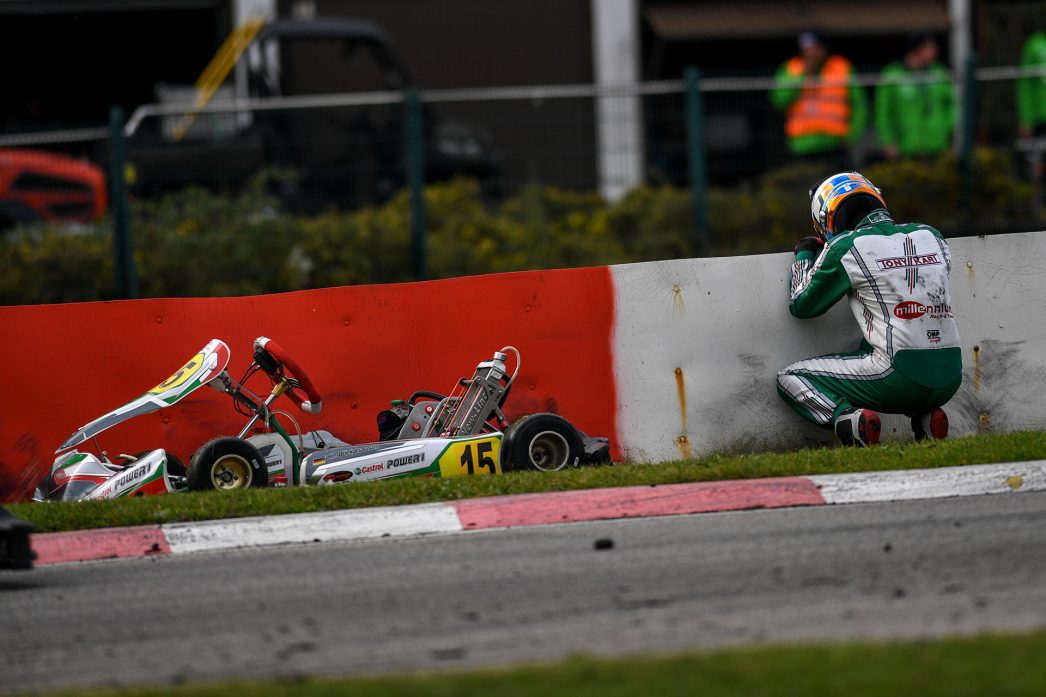 Colin Jamie Bönighausen went to the fifth round of the International German Kart Championship in the Bavarian Ampfing from October 4th to 6th. After winning the title at the Rok Cup Germany and a good final at the ADAC Kart Masters, CJB confidently went into the final of the DKM at the Schweppermannring. After a satisfactory season in the premium series, however, the fifth and final edition should end rather unhappy.

The OK Senior Rookie implemented the good training impressions directly in qualifying on Saturday morning. In alternating and therefore difficult weather conditions, he reached a strong eleventh place in his qualifying group and was thus able to start placed in seventh starting row into his two heats in the afternoon. In both heats he was able to maintain his position at the start and was immediately looking for a way to the front. In the middle of the race, in the first lap he made the jump into the Top 10 of the highly decorated field and in the end only narrowly scraped past a Top 10 finish. In his second run he lost some positions in the middle of the lap and found himself on P17. He consistently followed and did not let himself be put off, which clearly underlines position 14 when seeing black-and-white checkered flag. He could be satisfied with 18th place after the Heats, which in turn meant the ninth starting row for the first final on Sunday morning.

The next day the field was very restless and nervous due to the approaching title decision and caused some false starts, which was to be a disaster for the young Hanoverian driver. On the third false start he had problems with his engine and unfortunately had to leave his kart next to the track. Since the starting position of the second run results from the finish of the first, Bönighausen had to start from the last row. After a decent start in the last DKM race of the season, it happened in the sixth lap, during a positional fight there was a collision and CJB was also eliminated in the second round.

Bönighausen summed up as follows: “This conclusion of my first DKM season with the seniors was of course very unfortunate. Nevertheless, I can be satisfied with the performance of the kart and my performance. Now I am looking forward to the SuperFinal of the Rokker in Lonato.”

After winning the national Rok Cup, Böninghausen will continue from September 9th to October 12th in the Rok Cup International Final in Lonato, after that further tests in the manual kart are on his winter agenda.