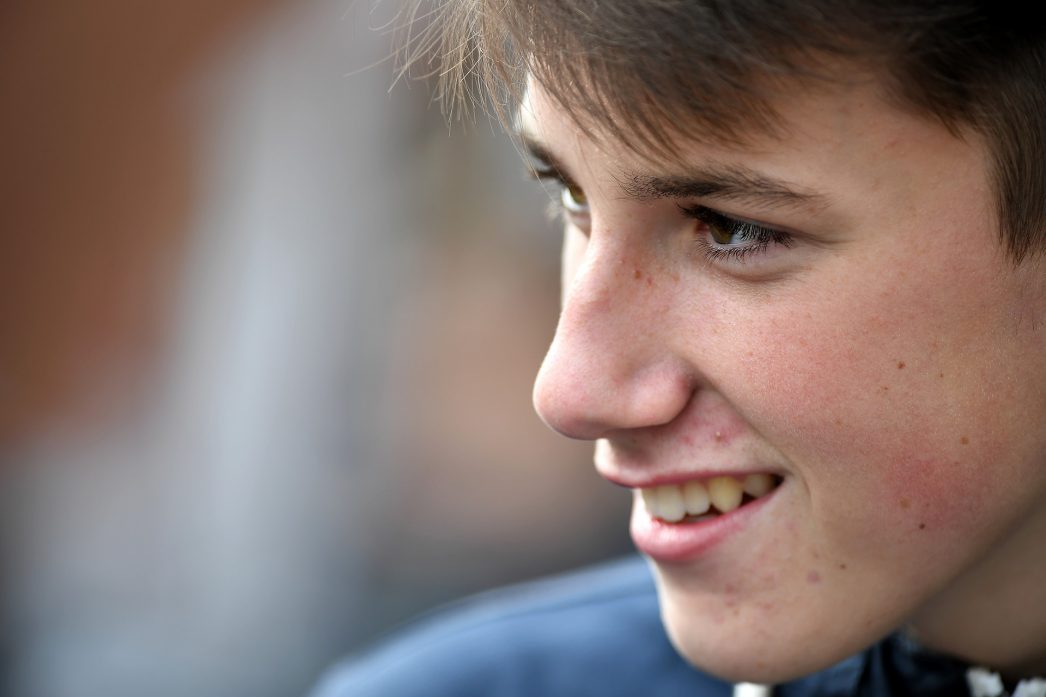 What an eventful 2019 season for Colin Jamie Bönighausen. He was able to impress not only in the national series of the Rok Cup Germany and the ADAC Kart Masters, but also in his international appearances at the Rok Cup Superfinal or the internationally advertised German Kart Championship. In addition to the successes on the racetracks, participation in the CIK-FIA World Championship was undoubtedly a great highlight in the still young career of the 14-year-old pilot from Hanover.

At first, 2019 seemed to be a rather difficult year, as he had to master the leap from the junior field to the seniors. In addition, at the end of the 2018 season and thus at the start of the new year, a team change was on the agenda and associated with finding the way forward with a new technology package along with the engine and a new chassis. As a result, he quickly did so with flying colours and was able to focus professionally on his performances on the karting tracks in Europe.

At the ADAC Kart Masters, held between April and the end of September 2019, he skilfully made the jump to the final at all five events, where two final races were waiting for the drivers. Here he showed consistent racing, was always able to keep up in the top field and impressed with eight Top 10 finishes, which ultimately brought him to a strong eighth position in the championship standings.

In the first senior year, Team Bönighausen also took the step to the Champions League of motorsport and took part in the International German Kart Championship. Here, in the 2019 season, the best kart drivers competed at the highest level for the coveted titles. Bönighausen was not impressed by the “Big Guns” of the scene and proved that he could keep up with these pilots. In the high-profile series with world and European champions, he even made the jump to the “Final’s Grid” in four events and achieved first championship points.

The Rok Cup Germany was a single success story for the OK rookie. He dominated his competition at will and won more than a few doubles in each of the first four events. Only at the final race in Wackersdorf did he have to settle for a second place after nine victories in nine races. The joy of the first major title of his career did not stop there: winner of the Rok Cup Germany 2019 in the class of the Rok seniors with a considerable lead of 75 points on the runner-up.

Due to his victory in the national championship, he qualified for the megaspectacle of the Rok scene, the Rok Cup Superfinal in Lonato, Italy, where he was proud to represent the German colours. The line-up was incredible, with 435 riders from all five continents arriving to qualify for the grand final at the South Garda Karting Ring after the warm-ups, time training and a total of six heats, to claim the world crown of the Rokker.  The ninth place in his qualifying group gave him a good starting position for the power-pulling preliminary rounds, in which he was able to complete around the top 10. With this convincing performance he fulfilled another big dream, the qualification for the decisive final of the best 34 Rok Senior pilots in the world and this as the only German driver. Due to a lack of racing luck and a spoiler penalty, he completed the run in midfield, but could be proud of his successful performance and the incredible experience.

The absolute highlight of last season led Bönighausen to Finland on the Powerpark Circuit in Alahärmä, for the CIK-FIA OK KartWorld Championship. Difficult conditions awaited him here, however, as he hardly knew the track and had to carry out any adjustment within the framework of the event. New, previously unknown tires, the return to the Tony Kart Chassis and the best kart drivers in the world as opponents did not make the starting position any easier. Nevertheless, the young man from Lower Saxony presented himself in good personal form and made the most of his demanding situation. Unfortunately, technical problems in such important qualifying and in the pre-decisive heats made him a dent in the bill. Despite everything, Colin Jamie Bönighausen was conciliatory: “Of course it is a pity that we had to suffer two engine damages in the decisive races of the World Championship, but this is motorsport. Overall, it was an incredible experience to be able to participate in the World Cup and to have these experiences.”

The Bönighausen team is now using the winter break for regeneration but is also looking directly towards the future. In addition to shift kart tests in Italy, the first rides in the GT4 class were also on the program. In Zandvoort, the Netherlands, Colin Jamie Bönighausen had the opportunity to complete the first laps with a BMW M GT4 unlimited. We can remain curious as to what the 2020 season will bring…

René KöhlerBönighausen crowns their 2019 season with victory in the Rok Cup Germany11.28.2019